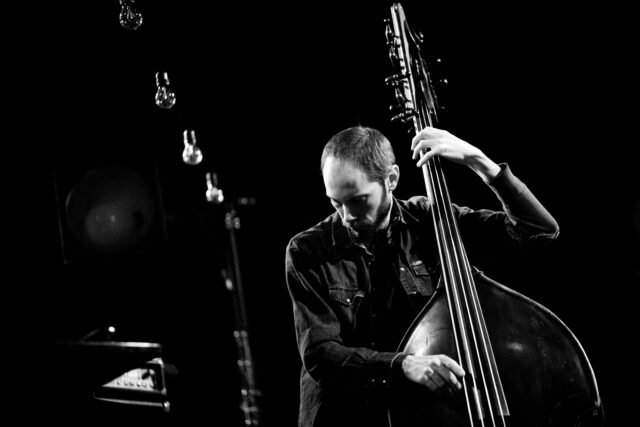 Based in Berlin since 2010, Miles Perkin comes from the Canadian prairies. The imagery of the big sky and wide open landscapes have forever permeated his music.

After spending more than a decade as a fixture Montreal’s diverse music scene, he moved to Berlin in 2009. His latest solo album Subtones was released in March 2020 and his new quartet album featuring Tom Arthurs, Benoit Delbecq and Jim Black was released in 2019 on Clean Feed Records. Recent projects include: Benoit Delbecq 3, Sequoia Double Bass Quartet, Glue, Coal Oven and Quairós among others. He is also a music maker for Theater productions in Germany, composing and performing his works live on stage at Theaters such as: Deutches Theater Berlin, Staatstheater Stuttgart, Kammerspiele Munich, Maxim Gorki Theater Berlin, Theater Bremen, Schaubühne Berlin, and Staatstheater Dresden.