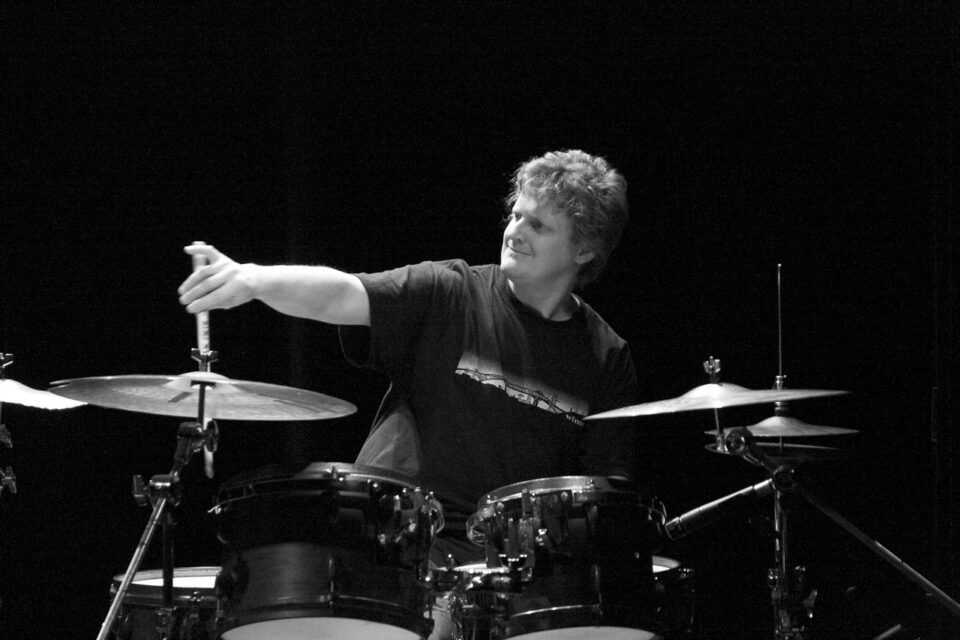 Drummer, composer, and educator Jim Black has become one of the most in-demand drummers in avant-garde jazz and experimental rock since emerging as a key member of the New York downtown scene during the ’90s.

Born in Daily City, CA in 1967 and raised in the fertile musical scene of Seattle, WA, he moved to Boston and graduated from Berklee College of Music by 1989. During that time Black and his Seattle colleagues Chris Speed and Andrew D’Angelo formed the band Human Feel with guitarist Kurt Rosenwinkel.

By 1991, Black and the other members of Human Feel had moved to Brooklyn, NY, where they found a home in the Downtown music scene then centered around the Knitting Factory and rapidly became among the city’s busiest sidemen. Black’s early years in New York saw him take featured roles in some of the most critically acclaimed bands of the time, like Tim Berne’s Bloodcount, Ellery Eskelin’s trio, Pachora, and Dave Douglas’ Tiny Bell Trio. Thus, began thirty years of near-constant touring and recording, with the above bands as well as artists like Uri Caine, Dave Liebman, Lee Konitz, Steve Coleman, Tomasz Stańko, Nels Cline, and Laurie Anderson.

In 2000, Black started the rock inspired quartet AlasNoAxis, recording six albums of his compositions for the German label Winter & WInter. In 2010 he formed the Jim Black Trio with pianist Elias Stemeseder and Thomas Morgan on bass, recording a total of four albums. Their latest award-winning release Reckon is available on the Swiss label Intakt.