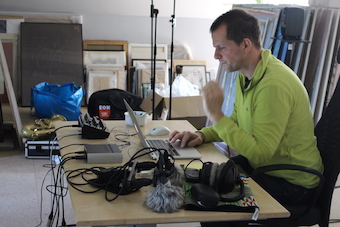 The aim of the residence will be to expand Bosetti’s radio opera “The Notebooks”.  At the moment it functions as a work-in-progress and in its purely sound form it has won the Ars Acustica 2015 contest. The starting point of Bosetti’s project are the notation of an outstanding Czech composer Leoš Janáček found in Brno. In times when it wasn’t possible to record the surrounding sound, he used a pre-phonographic way of registering the sound – the music notation. He didn’t use it, as it was commonly done, to register an imagined music composition, but to note the sounds being in fact composed in  reality.  In this case his notation can be regarded as one of a kind “pre-recording recording”. While conducting his research in Brno, Alessandro Bosetti has chosen a couple dozen Leoš Janáček’s notes and decided to use them as a music score. In his project he aims to recreate the sounds the were present in the Czech’s composer life. In his interpretations he enters a dispute with Leoš Janáček’s notations and creates a jewel case-like construction. The aim of the residence in Sokołowsko will be a composition of a new sound version of his opera and creating its visual counterpart reflecting Janáček’s notation. The result will therefore be an audio-video piece reflecting the notes of the Czech composer.

Alessandro Bosetti (1973) is a composer, performer and sound artist. Most of his work relates to the issue of musicality of the spoken language and sound aspects of verbal communication, especially misunderstandings and problems of translation. A significant part of his works are compositions for voice and electronics blurring the differences between them. He composed for such important institutions as the GRM in Paris, Roulette and The Stone in New York City, Cafe OTO in London, WDR Studio-akustische-Kunst in Cologne and Deutschland Radio Kultur in Berlin and the other in Europe, Asia and the United States. Honored with such awards as Phonurgia Nova (2012) for his composition “636” IDAF (2013) for “Mirror Mask” Ars Acustica (2015) for “The Notebooks”. Cooperates with, among others, Tony Buck, Chris Abrahams (The Necks ), Jennifer Walshe. As a composer, is also working with bands like Kammerenseble Die Neue Musik and Maulwerker in Berlin or Stuttgart Neue Vokalsolisten. 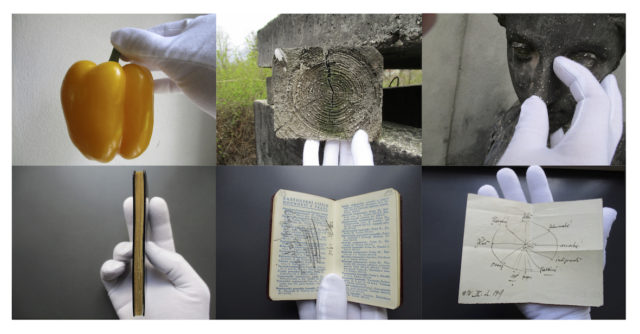